Pinku came to us in 2014. We had adopted two kittens in 2013; Ginger and Hobbes, abandoned siblings (sister and brother respectively); and we kept them indoors. One day in 2014, we had kept the gate to our house open by mistake and Ginger had wandered downstairs. My mother panicked as neither Ginger nor Hobbes had been outdoors and would not know how to survive. She ran downstairs and saw a cat that looked exactly like Ginger sitting on our compound wall; this turned out to be Pinku. We later found Ginger sitting near the stairs of our house, presumably after exploring the environs. After this incident, Pinku started coming around to our house and we started feeding her as well. Our neighbours do not like pets however and one day my mother returned home and heard that someone had beaten Pinku and scared her off. Hearing my mother calling for her, she came back and we brought her indoors.

After we adopted her and brought her in, Ginger and Hobbes stopped getting along. They had both been neutered but Pinku coming in resulted in a lot of fights between them. Hobbes got along with her swimmingly; Ginger merely tolerated her. She was a skittish cat for the first few years and it seemed as though she did a lot of running and hiding when she was outdoors. Within a few days of us bringing her in, we arranged for her to be spayed and the vet told us that she looked like she had had multiple litters and that she seemed to be about the same age as Ginger and Hobbes. We had three orange cats of about the same age. After Pinku came in, we had more cats coming around. After her, we adopted three more cats with a few more making regular appearances in our terrace or on the compound walls.

From the start, she was the most agreeable of our cats. She’d sit alone and come to you for pets when she wanted them. She’d scoot underneath blankets and sit in the dark for hours. Unlike Ginger and Hobbes, she was very much the stereotypical cat in many ways, just much more friendly. Ginger and Hobbes needed people around at all times, Pinku was much more comfortable sitting on her own. We had to keep Hobbes and Ginger separate as their confrontations became violent, but Pinku just got along with both of them. One of the lasting memories we have of her is the zoomies she’d get when she was done with her morning bathroom duties. My mother would open the bathroom door and Pinku would sprint from one end of the house to the other for ten minutes straight before calming down.

Around September of 2021, she started to have issues with her breathing and we could see that it was very labourious. The vet told us that she had fluid in her chest cavity and that she would need to be medicated in order for it to be drained. We were not able to find a cause for why this happened; it seems that this is not uncommon in cats. From that point on she was on meds and she hated them. Giving her the meds was an undertaking that was full of scratches. It got to the point that Pinku started trying to spit out the medicine even before we had started. Until this month, we thought the condition was something that would remain and that the medicines would keep it under control.

On the morning of the 18th, she started breathing through her mouth and looked uncomfortable. This was something that we had seen on some days, and a checkup had already been scheduled for the afternoon, so we thought that this was something that would need to be highlighted in the checkup. However, at around 4 PM she rapidly deteriorated and passed away within the next half an hour. Her last rites and burial were conducted by a man called Anbu at the pet cemetery in Kannamapettai in Chennai. 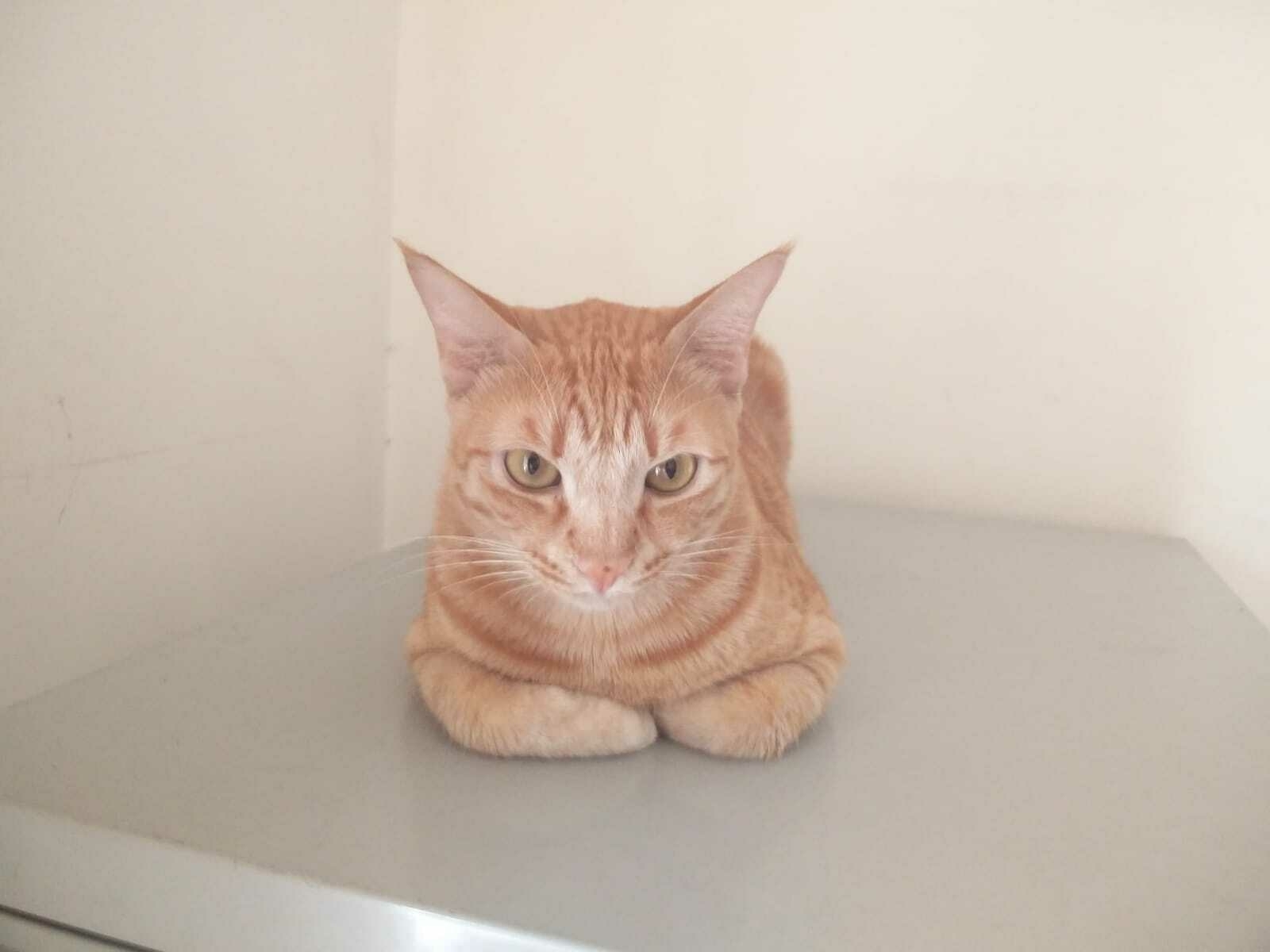